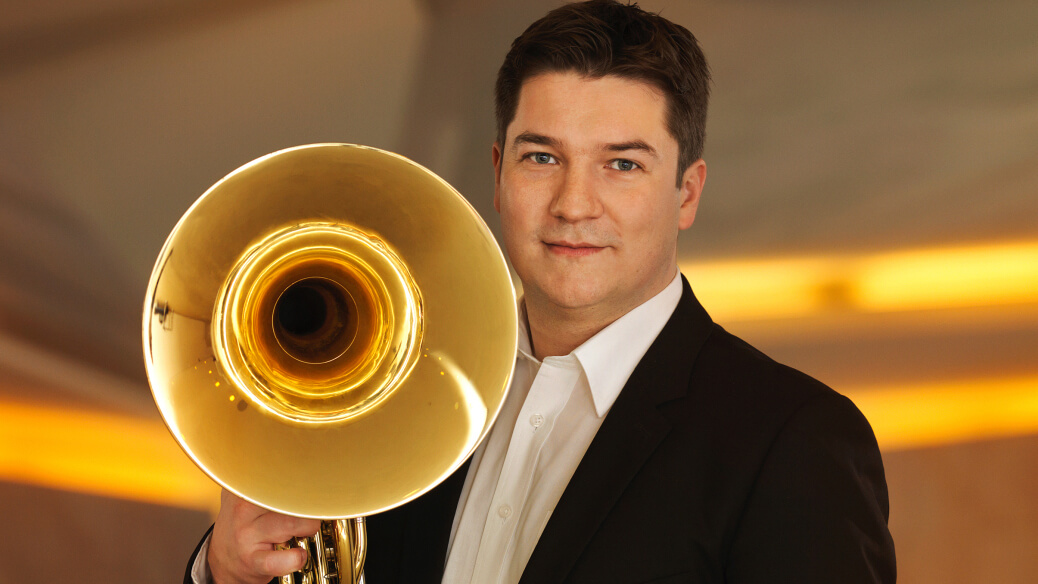 Andrej Žust was born in 1984 in Logatec, Slovenia, where he had his first horn lessons with Janez Polanc. Later he went to Boštjan Lipovšek at the Ljubljana Music Academy. The young horn player also received artistic encouragement from such renowned musicians as Hermann Baumann, Frøydis Ree Wekre, Viktor Malisch and Radovan Vlatkovič. While still a student he received the Lucijan-Marija-Škerjanc and Prešeren prizes for his artistic abilities. He then went on to win the first prize at numerous national and international competitions, including Povoletto (Italy) in 2001 and the Young Musicians Competition in Slovenia in 2002. In May 2004 he was appointed principal horn in the Slovenian Philharmonic Orchestra in Ljubljana.

Žust has also been a member of the Gustav Mahler Youth Orchestra and the Pacific Music Festival Orchestra. An active chamber-music player, he belongs to the Ariart Wind Quintet, the Soloists of the Ljubljana Chamber Orchestra and the Trio Triumvirat. From February 2009 to January 2011 he was a scholar of the Berliner Philharmoniker Orchestra Academy. At the beginning of the 2011/2012 season, Andrej Žust joined the orchestra’s horn section.