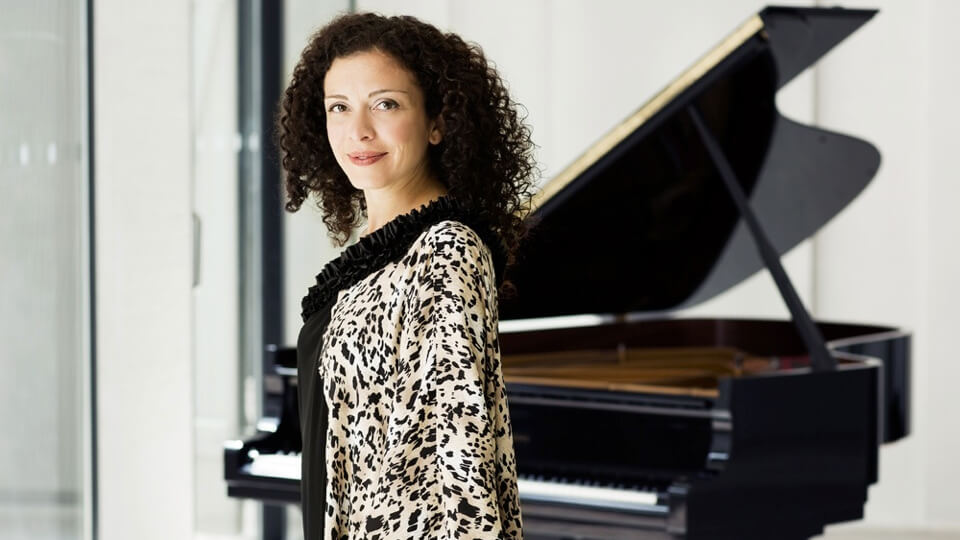 Armenian-born Marianna Shirinyan is one of the most creative and in sought after pianists in Europe today. Her vibrant and virtuos musicianship puts her in demand, both as soloist and as chamber musician. Shirinyan plays with great sensitivity, understanding, technical brilliance and beauty of tone, which allows her to offer a wide range of repertoire. Her love for the music and her joy in sharing it with a larger audience are apparent in her performances.

She has received Danish Broadcasting Corporation’s prestigious P2 award for her contribution to Danish music life and the critics prize of the association of Danish critics. She is a frequent guest at a string of international music festivals, among them the Schleswig-Holstein Music Festival, the Schwetzinger Festspiele, MDR Summer Music Festival, Festspillene in Bergen.

Shirinyan is a professor of piano at the Norwegian Academy of Music in Oslo, a Steinway artist and artistic direction of the Oremandsgaard Chamber Music Festival in Denmark.
Shirinyan has a bright discography. All the CD’s has been received enthusiastically by international reviewers and listeners alike. Her latest release, the Fantasy for Piano and Orchestra by Louis Glass which she has recorded together with the Rheinische Philharmonie Koblenz under the baton of maestro Daniel Raiskin has been awarded the P2 prize of the Danish radio in 2018.