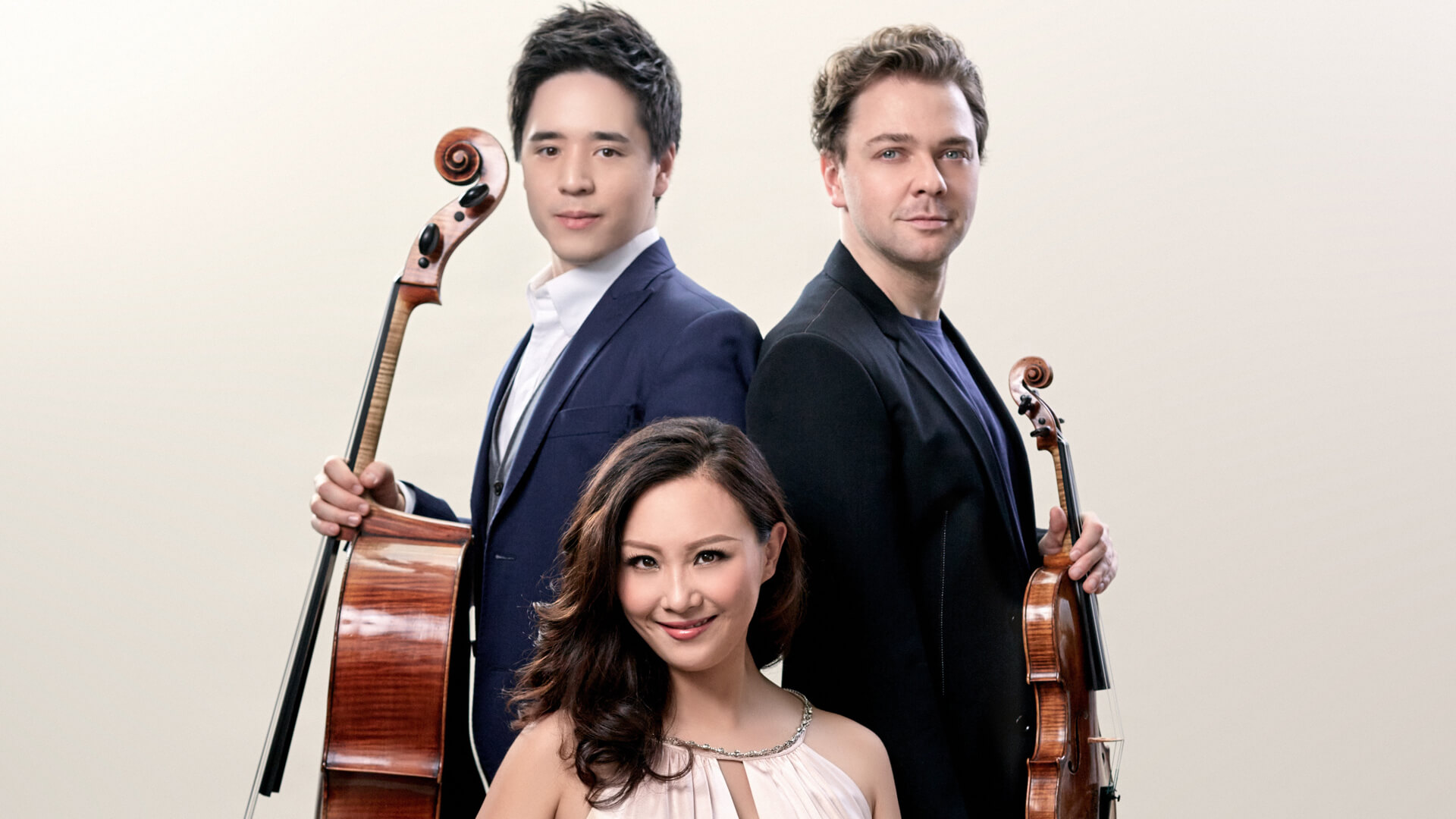 The Sitkovetsky Trio has established itself as an exceptional piano trio of today, with sensational performances in the foremost concert halls around the world. Alexander Sitkovetsky (violin) and Wu Qian (piano) have this season been joined by German-Korean cellist Isang Enders to continue their journey of successful appearances. Their thoughtful and committed approach have brought to the ensemble critical acclaim and invitations to top concert halls around the world, such as the Amsterdam Concertgebouw, Frankfurt Alte Oper, Palais des Beaux Arts, Musée du Louvre, l’Auditori Barcelona, Wigmore Hall and Lincoln Center New York to name but a few.

In the previous seasons, the trio have performed the Beethoven Triple Concerto with the Konzerthausorchester Berlin, the Munich Symphony and the Anhaltische Philharmonie Dessau. Highlights also include performances at the Festivals of Music@Menlo in California and the Menuhin Festival in Gstaad, as well as at the Bergen, Rheingau and Cheltenham Music Festivals. In addition, they have embarked on numerous tours, including a tour of the USA in 2015 with concerts in San Francisco and Washington DC, a China tour with performances in Beijing, Shanghai and Guangzhou, while recently they completed their second successful tour of Australia with Musica Viva, receiving numerous glowing reviews.

Highlights of the 2017/2018 season include the trio’s debut with the Netherlands Philharmonic performing Beethoven’s triple concerto, an invitation at the Chamber Music Society of Lincoln Center, a return to the Wigmore Hall and Cheltenham Festival, concerts at the Hong Kong International Chamber Music Festival, as well as extensive tours of Latin America and Asia.

They have released their first recording for BIS Records in 2014 including works by Smetana, Suk and Dvořák to much critical acclaim. This led to further releases of works by Brahms and Schubert on the Wigmore Live Label and another recording for BIS of Mendelssohn Trios in 2015. In 2018 they will record their third disc for BIS; Beethoven’s Trios Op.1 and Op.70, and Allegretto in B-flat major for Piano Trio WoO 39.