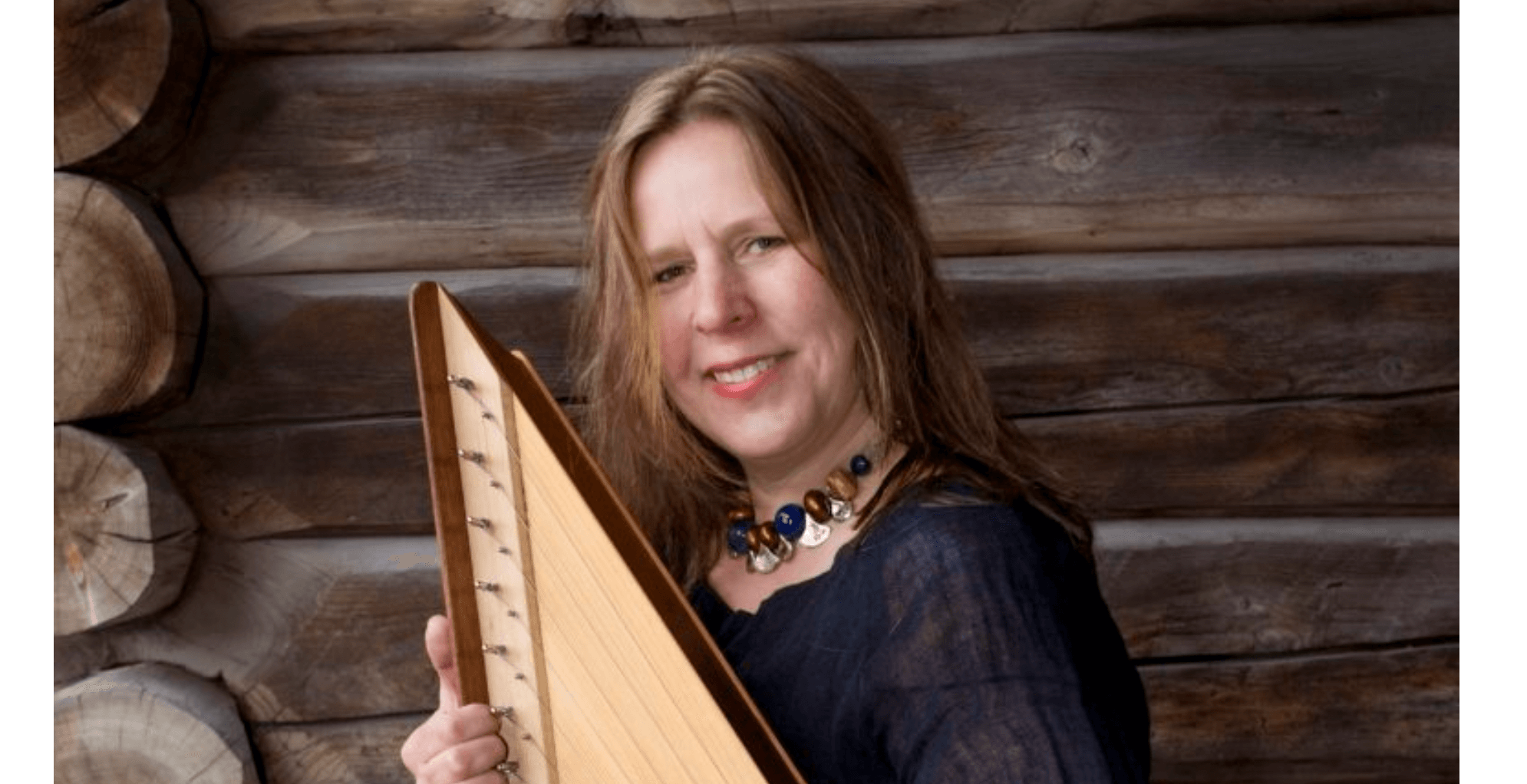 Sinikka Langeland is a folksinger, kantele player and composer who lives in Finnskogen, Norway. Due to her remarkable vocal and concert-kantele technique, she has been described as sounding like a whole orchestra all by herself. She is now recording her own compositions with the legendary record company ECM.

She was born in Kirkenær in southeastern Norway in 1961, and studied piano, guitar and contemporary folksong. In 1981 she discovered the instrument kantele, which would become her primary musical interest along with singing. In the 1980s she also devoted time to theatre work and to studies at Ecole Jacques Lecoq in Paris, in search of additional approaches to developing her creativity. This led her back to music and studies in musicology at the University of Oslo, where she earned a degree in 1992. She then became absorbed in a massive research project to search through archives for old songs and music from Finnskogen. Cooperation with other folksingers, musicians and producers was a very productive part of this work, and among these the most important was Ove Berg, sound engineer and producer for the record company Nordic Sound. Ove Berg’s superb recordings in Grue Church of Sinikka singing mediaeval ballads, “Strengen var af røde guld” and “Lille Rosa”, released by Grappa Musikkforlag, were both nominated for a Spellemannspris (Norwegian Grammy award).

Sinikka’s songs often focus on the relationship between people and nature. With her first solo CD in 1994, “Langt innpå skoga”, she began a ten-year collaboration with Helge Westbye of the Grappa Musikkforlag label. She followed this with “Har du lyttet til elvene om natta” in 1996, featuring newly-written music to poems by lumberjack Hans Børli. In 1996 she received two awards: Finnskogprisen and Vardenprisen.

Between tours, Sinikka returns to her beloved Finnskogen. Finnskogen was populated by the Forest Finns in the 17th century, a group that today has been given the status of a national minority in Norway. The source of Sinikka’s Finnish roots is her mother, who immigrated to Norway from Karelia. Finnskogen is rich in myths, beautiful nature and wildlife, and this, combined with the presence of a group of people working actively to promote art and culture, contributed to her decision to settle in Svullrya in 1992. The Finnish language is no longer alive in the area, but the old rune songs preserve the dialect and marvelous poetry that is rooted in an ancient shamanistic forest culture. Her determination to bring the rune songs back to life resulted in the book “Karhun Emuu” and the CDs “Tirun lirun” and “Runoja”. Tore Hansen’s paintings and illustrations for her books and CDs represent a powerful contribution from one of Norway’s most highly-regarded artists, who also lives in Finnskogen. Sinikka was awarded the Edvard Prize for “Runoja” and the Norwegian-Finnish Cultural Prize in 2003 together with Ove Berg. In 201o she got the Rolf Gammleng Prize and i 2012 the very prestigious Sibelius Prize.

The rune songs themselves contain some Christian elements, but after finding some folk versions of Kyries as well as several old variations on hymns, Sinikka has taken on the challenge of exploring the development of the old hymns in the Norwegian folk song tradition as compared with J. S. Bach’s organ chorale arrangements from the same sources. This project led to four recordings and a large number of concerts in both large and small churches throughout  Norway, Poland, Russia, Holland and Belgium  together with the organist Kåre Nordstoga and violist Lars Anders Tomter.

During Sinikka’s teenage years, the nearby town of Kongsvinger was home to a major music festival. She herself was the manager of a folk music club called “Den vesle svarte Æljen” (“The Little Black Moose”) and traveled around playing her songs. The Kongsvinger Festival provided one of the first stages she performed on, and also enabled her to hear talented jazz musicians such as Jan Garbarek, Radka Toneff and Arild Andersen. She began to compose music to Hans Børli’s poems, and still performs some of them with new arrangements.

Sinikka Langeland’s songs often focus on the relationship between people and nature as it is expressed in traditional and modern poetry. She lives in Finnskogen, 120 km north of Oslo close to the border of Sweeden. Finnskogen the “Finnish forest” was populated by forestfinns in 1700 century and has today status as national minority in Norway.

Sinikka’s singing style bears traces of both rune songs and kveding (traditional vocal technique), while she also has a sense of individualism that enables her to convey her own very personal idiom.

The kantele is a string instrument that is played in the areas where Finno-Ugric languages are spoken. Sinikka plays a concert kantele that has 39 strings. It is build by Hannu Koistinen and can be tuned in all keys and gives many possibilities with its 5 octaves. The oldest type of kantele has 5 strings and the five tone melodies is variated by improvisation. Sinikka is also experimenting with an electric kantele Her singing and kantele-playing complement each other, and she has often been described as singing through her instrument.