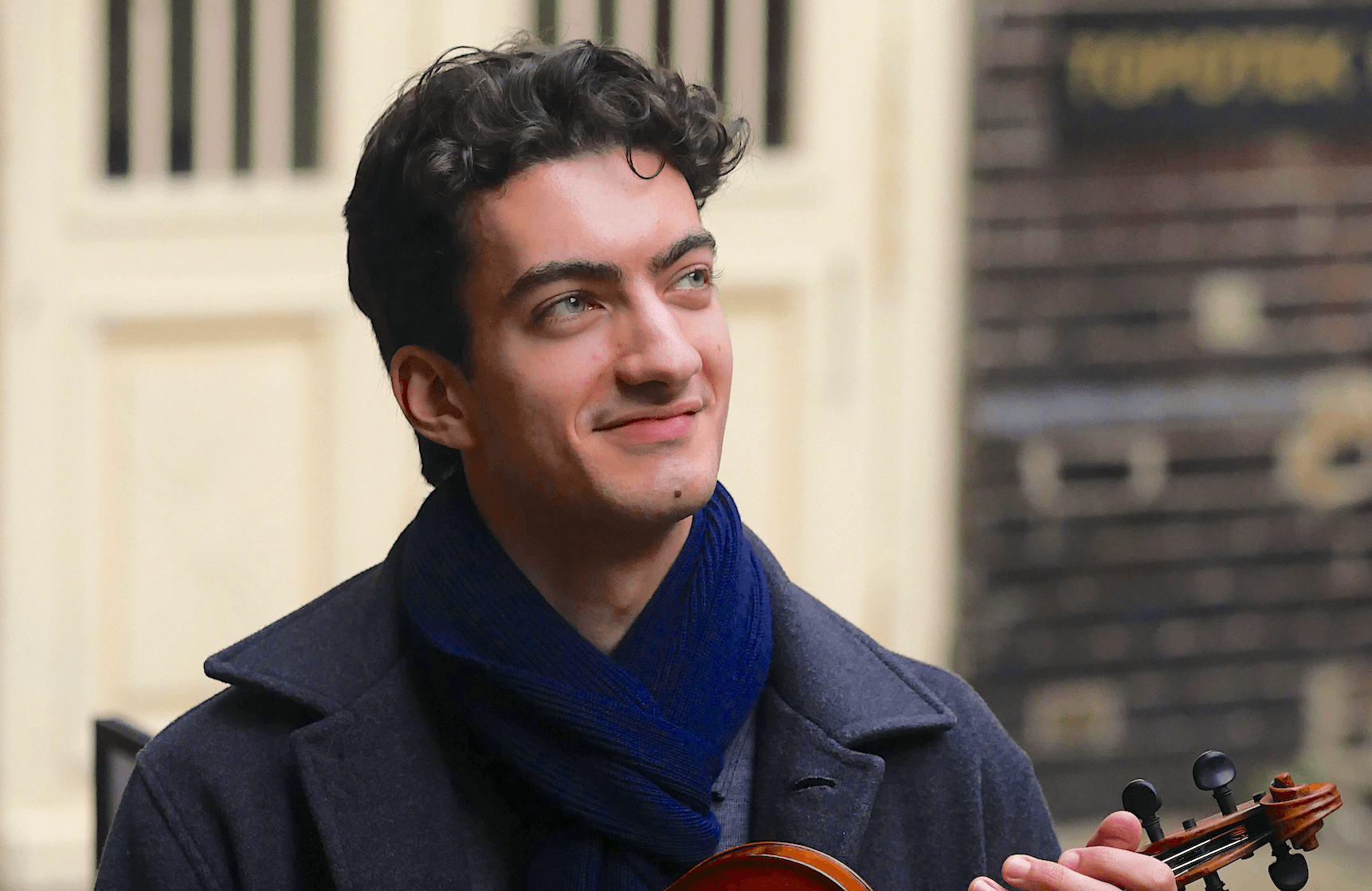 Stephen Waarts’ innate and poetic musical voice has established him as a firm favourite with audiences. With an unusually broad and voracious appetite for repertoire, he has already performed more than 30 standard violin concertos as well as rarely performed works.

After a busy summer, including returns to the Aspen Festival, Münchner Symphoniker, and Wigmore Hall, the 2022/23season sees Waarts make his debuts with the Konzerthausorchester Berlin with Stephanie Childress, and Israel Philharmonic Orchestra with Sir András Schiff, with further concerts planned with Philharmonie Zuidnederland, Cappella Aquileia at Opera Festival Heidenheim, and the Nash Ensemble amongst others.

2022 saw the release of Waarts’ highly anticipated first concerto recording for Alpha Classics: Mozart Violin Concerto No.1 with the Camerata Schweiz under Howard Griffiths. Other releases include Hindemith Kammermusik No.4, as part of Ondine Classic’s Kammermusik cycle with Christoph Eschenbach, the Kronberg Academy Soloists and the Schleswig-Holstein Festival Orchestra in 2020. He released his debut recital album for Rubicon Classics in November 2018, with pianist Gabriele Carcano, featuring works by Schumann and Bartók.

Stephen was awarded the International Classical Music Awards Orchestra Award by the Lucerne Symphony Orchestra in 2019. In March 2017 he was awarded the prestigious Avery Fisher Career Grant. He also won the Festspiele Mecklenburg-Vorpommern’s soloist award the same year and has performed at the festival every year since then. In 2015, he was awarded the Mozart Gesellschaft Dortmund scholarship following his appearance at the Krzyżowa-Music Festival. In the same year, his prize-winning success at the 2015 Queen Elisabeth Competition – including securing the majority vote of the television audience – boosted international attention.

Stephen is currently a Fellow at the Kronberg Academy, having graduated in 2021 studying under Mihaela Martin. He graduated with a Bachelor’s degree from the Curtis Institute, Philadelphia, where he studied under Aaron Rosand. Prior to this he worked with Itzhak Perlman at the Perlman Music Program and Li Lin and Alexander Barantschik in San Francisco. In 2013 he won the Young Concert Artists International Auditions in New York, aged just 17. He was also prize-winner at the 2013 Montreal International Competition and won first prize at the 2014 Menuhin Competition. Stephen is part of the Development Programme of the Orpheum Foundation for the Advancement of Young Soloists.