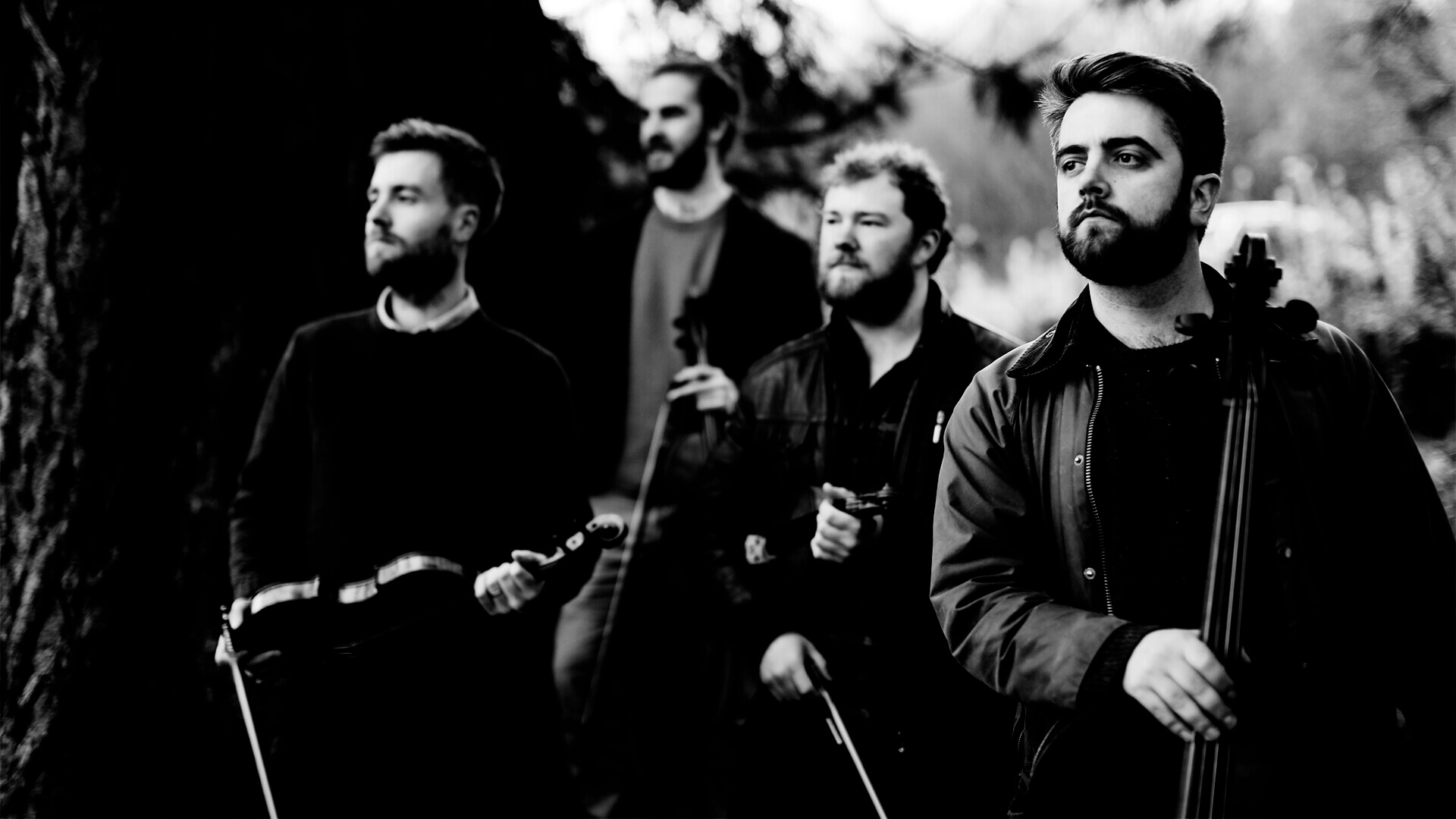 1st Prizewinner and Audience Prizewinner at the 9th Trondheim International Chamber Music Competition in 2017, and hailed as “brilliantly fresh, unexpected and exhilarating” by The Scottish Herald, and «»superb storytelling by four great communicators»» by The Strad Magazine, the Maxwell Quartet is now firmly regarded as one of Britain’s finest young string quartets, with a strong connection to their folk music heritage and a commitment to bringing together wide-ranging projects and programmes to expand the string quartet repertoire.

The quartet performs regularly across the UK and abroad, at venues including London’s Wigmore Hall, Purcell Room, and St Martin-in-the-Fields, with performances through the Park Lane Young Artist Programme, the Tunnell Trust Awards Scheme, and the Kirckman Concert Society programme.

After their success at Trondheim in 2017, the quartet has toured widely across Europe, including performances in the Tivoli Concert Hall Series, the Amsterdam String Quartet Biennale, Stavanger Festival, Trondheim Chamber Music Festival, Schiermonnikoog and Wonderfeel Festivals in the Netherlands, Lammermuir Festival and Music at Paxton in Scotland, and more. Its debut tour of the USA in January 2019 garnered critical acclaim from the New York Times (“eloquent performers who bring the same sense of charisma and sense of adventure to their programming”), and performing to sold out venues in New York, Florida, California and Washington. Collaborations have included working with the Danish String Quartet to perform Scottish and Danish folk music, and working on a new commission for clarinet quintet with composer/clarinettist Mark Simpson. The Quartet’s debut CD on Linn Records, featuring string quartets by Haydn alongside the quartet’s own compositions based on Scottish traditional folk music, received glowing reviews from international press.

The Quartet is formed of four close friends, who grew up playing folk and classical music together in youth orchestras and music schools across Scotland. The group officially began in 2010 at the Royal Conservatoire of Scotland, where its founding members met as postgraduate students. In 2011, the Maxwell Quartet was named as Residency Artists for Enterprise Music Scotland 2011-2013, which saw several acclaimed concert tours over their two-year tenure. Performing widely across Scotland, the quartet established a reputation for delighting audiences with their «»unnaffected enthusiasm»» (North Highland Times) and their «»panache and conviction»» (Strathearn Herald). The quartet has since held residencies at Oxford University, Perth Concert Hall and many chamber music festivals across the UK, including their own festival Loch Shiel in the west highlands of Scotland, and a new self-curated concert series at Guardswell Farm in Perthshire. The quartet currently holds the position of Associate Artist at the Royal Conservatoire of Scotland in Glasgow, and at Music at Paxton Festival in the Scottish Borders.

Passionate about collaborating with musicians and other artforms, the quartet has worked with a global roster of artists and institutions including Cryptic Theatre, Wintour’s Leap, Royal Ballet School, Lunir, cinematographer Herman Kolgen and many more. The quartet has also worked with some of the UK’s most dynamic composers including commissions by Anna Meredith, Tom Harrold, Mark Simpson and Colin Broom. In addition to a busy concert diary, the quartet regularly feature in broadcasts for BBC Radio 3 and BBC Radio Scotland, as well as regularly giving schools workshops and concerts for children.

The quartet plays on two fine Italian violins, by Castello and Calcanius, generously loaned to them from the Harrison Frank Foundation; a J.B Vuillaume viola, and a Francesco Ruggieri cello, both on loan from generous benefactors.