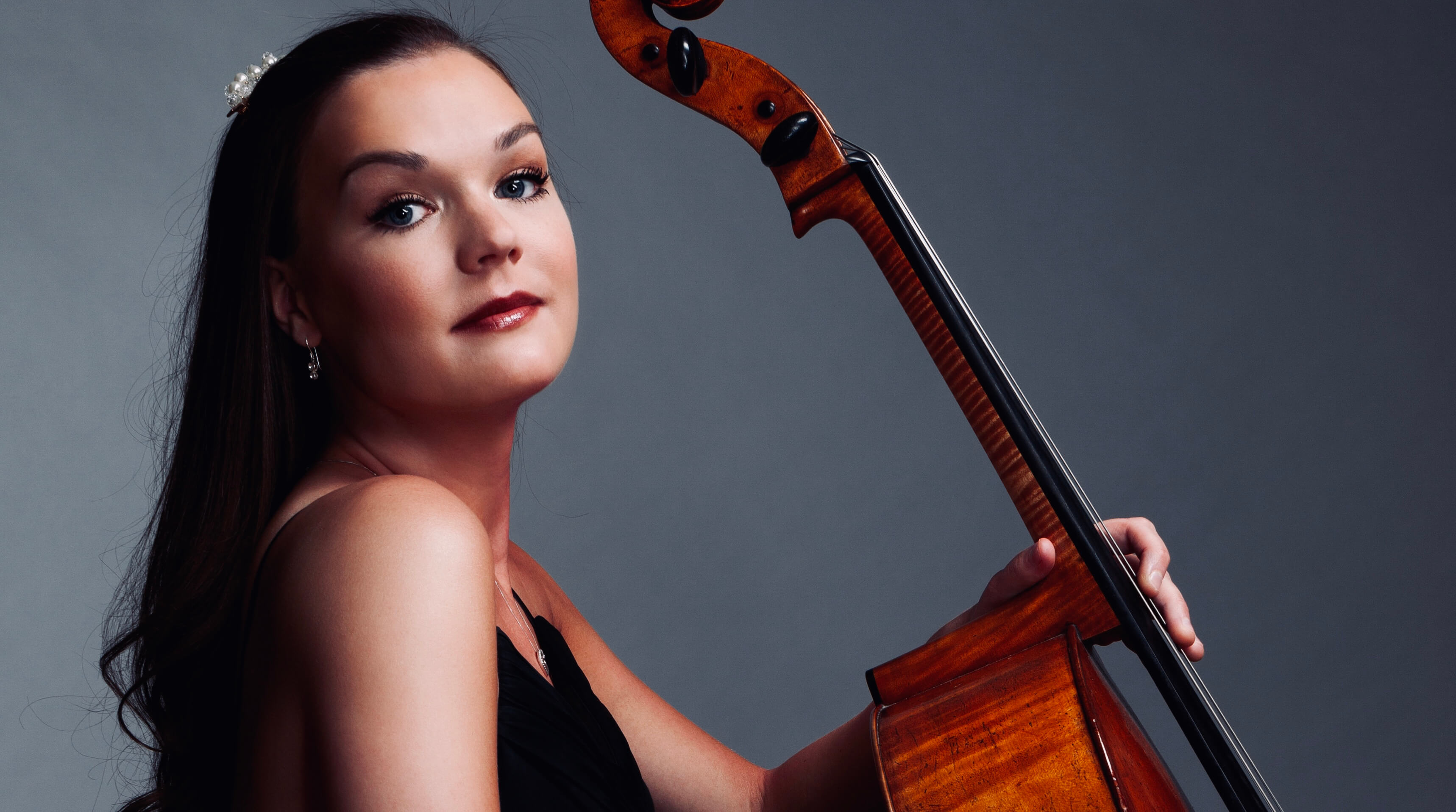 Norwegian cellist Sandra Lied Haga stands on the threshold of a major career, having already won four international competitions and many major awards in Scandinavia – including the prestigious Equinor Classical Music Award in 2019. Her rich, beautiful sound and prodigious talent have caught the attention of the biggest names in classical music, among them Daniel Barenboim and Anne-Sophie Mutter.

Since her Wigmore Hall debut at the age of 12, Sandra’s passionate playing and the deep feelings she expresses have resonated with audiences and musicians all over the world. Performances have taken her to, amongst others, musical centres in New York, Berlin, Prague, London, Zürich, Budapest, Warsaw and Tallinn, as well as major concert venues such as the Great Hall of Moscow Conservatory, the St. Petersburg Philharmonia, the Athenaeum Bucuresti, the Salzburger Festspielhaus and Reykjavik’s Harpa. Sandra has worked with conductors such as Rodolfo Saglimbeni, Ari Rasilainen, Thomas Søndergård, Shao-Chia Lü, David Geringas and Terje Mikkelsen. With Terje Mikkelsen and the State Academic Symphony Orchestra of Russia «Evgeny Svetlanov» she has recently recorded her debut album featuring Dvořák’s B minor Cello Concerto and Tchaikovsky’s Rococo Variations (original version). This album will be released in May 2020 on the Simax Classics label.

Following her participation in the Verbier Festival Academy, Sandra was invited to give a recital at the Verbier Festival at the age of just 17. Invitations from other international festivals followed, including the Salzburger Festspiele, Utrecht Festival, Sommets Musicaux de Gstaad, Pärnu Music Festival and Bergen International Festival. She is due to give three further concerts at the 2020 Bergen Festival. Other plans include performing the music of her forthcoming album with the Stavanger Symphony Orchestra (as soloist in the Rococo Variations) and several chamber music concerts with Leif Ove Andsnes.

Born in Oslo in 1994, Sandra started playing the cello at the age of three, and was the youngest participant in the Barratt Due Institute of Music ́s programme for talented children. Her teachers have included Oleg Kogan at the London Razumovsky Academy, Truls Mørk, Frans Helmerson at

the Barenboim-Said Academy in Berlin, and Lars Anders Tomter. She is currently finishing her Master of Music with Torleif Thedeen at the Norwegian Academy of Music.

“Lied Haga astonishes with her fresh interpretation which, combined with a natural instinct for the music and great virtuosity, results in a convincing, fascinatingly beautiful and touching performance.”

”With no sense of cliché or affectation, though with heartfelt integrity to the music, extroverted outbursts flow seamlessly to moments of exquisite, sensitive lyricism. The listener is left to marvel at the pure, beautiful tone of the young Norwegian.”